The award ceremony was held on 17th November at the Eurostars Suites Mirasierra Hotel in Madrid where the school was recognized as one of the best hotel management training schools in the world by AEDEEC.

Carlos Díez de la Lastra, General Director of Les Roches Marbella, collected the award and assured that “It is a special pride to be recognized for merit at work. Every day we interact on campus with international talent from almost 80 countries, trying to instill values such as discipline, excellence and the humility and generosity that “an industry made of people for people” needs such as the hotel industry. I believe that this award is a recognition to each one of the professors and staff that ensure that multiculturalism, ethics, globalization, entrepreneurship and innovation capacity take the center stage in the day to day of each of the future hospitality managers trained in our school.”

A non-profit organization based in Madrid whose purpose is to raise awareness about the role played by companies that encourage and inspire potential entrepreneurs. The imposition of medals was made by the vice president of AEDEEC, Mr. José Luis Barceló, editor and director of El Mundo Financiero and the its Counselors include Enrique Cerezo Torres, Businessman and president of Atletico Madrid and Kike Sarasola, Entrepreneur and founder of Room Mate Hotels amongst others. 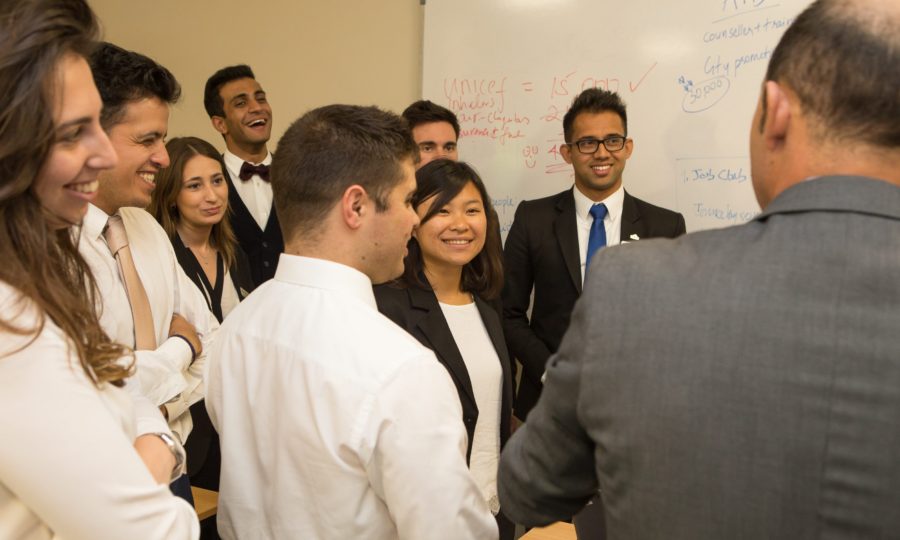